Welcome! This website uses cookies.
Nice that you visit our site. Please indicate here which cookies we may place. The necessary cookies do not collect personal data. The other cookies help us to improve the site and your visitor experience. They also help us to inform you about our products. Are you going for an optimally working website including all the benefits? Then tick all the boxes! 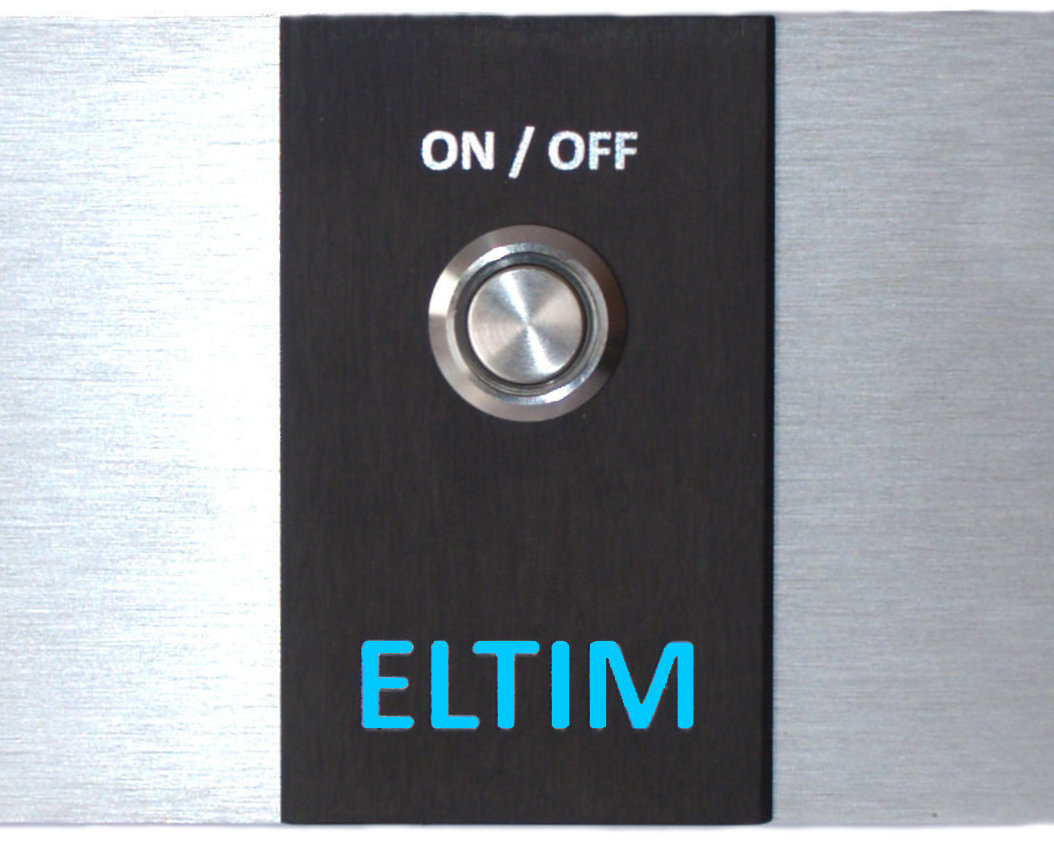 Below we list the english reactions from people who listended to our amplifier(modules)
or like to share their experiences while listening to one of our amps they bought.
WARNING: listening with ELTIM equipment will cost you al lot of time, see comments -)
Dutch language reactions                     German language reactions
27 august 2020:
A message we sent today to Burson office ourselves:
I just had one of these moment we are looking for in high class audio which i like to share. For months our prototype demo preamplifier and power amplifier are in my office, listening now and then to my old records, Youtubes, etc.
Now: Santana Festival LP (1978?) on my record player with Goldring G900-IGC cartridge.  Always his guitar endless ieew, ieeeeuuuu, ieeeenwwwww, etc. at the end. About always skipped playing second half of the songs, could’t bare it.
Just exchanged nice OPA2134 (orig. BB) in MM/MC part by V5i dual > MUSIC in all essences, amazing. Listened with pleasure both sides of the Santana Festival LP now with a smile and for the very first time since 1978. 3D and timing very nice, normally screaming guitar, “edgy” sharp S and T sounds are gone. MUSIC -)  I have a tic: if i like what i hear (timing) i start tapping with my fingers, hands and feet. Now i do AND instantly! V5 didn’t bring to much extra’s, so didn’t border to try V5i before, wrong. Will try V6 Vivid later.
Now I have to listen all LP’s all over again, thanks –)
Louis Timmers private
6 August 2020
I received the 2 pcb’s LinBout-1646 which I had ordered from you. I powered them with +- 61.9 Volts from the main rails from my power amplifier and the sound is excellent! Crystal clear and not so “transistor like”, just as you described at the pdf  “ELTIM LinBout-1646”. I didn’t expect better sound quality, so I am quite satisfied.
Stamatis
June 24 2020:
After retuning (120mm Monoblocks, LT) to my supply voltages the modules are working perfectly. I've essentially started to listen my entire record collection anew. Now I've noticed that the system is rather unforgiving for the poor recording quality, especially for the abominable decades of digital craze (1980-2000). But the good monophonic records (e.g. Audite's Amadeus quartet, Warner's Busch, EMI's Casals, Berl. Phil. Furtwaengler etc.) reveal force and emotions never experienced. Of course, the best ever stereo recordings of 1958-1975 sound phenomenal!
The system very well recognizes the current recordings of exceptional quality. E.g. my favourite label cpo stands very well against the scrutiny by these new amps. I've known for some time many a gem of this label but now the listening of e.g. symphonies of F. Ries is simply breathtaking! 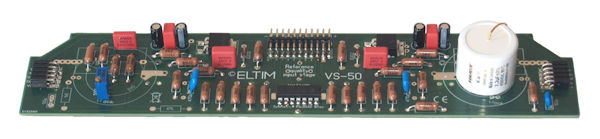 Many thanks for the spectacular engineering,
Vitalis
Note ELTIM:  he built two 80mm versions last year, in future used for mid/high as even next level dual ELTIM monoblock power / channel.

June 4th 2020:
(answering to a question, LT)
reg. amp:  Regulator voltages are fine, amp is working perfect and stable.
Now your modules are on HF and MF channels, and music sounds fantastic!
reg. switchboard: I am happy that you are developing it because I feel that on the following holiday I will have an urge to assemble a pre-amp.
reg. crossover: K231 sounds OK but is very sensitive to static. Once I touched the pot, and one of the opamps (in HF channel) got burned. I've replaced it with OPA4134 (instead of original 1654), and highs at once became more transparent. Seems that it has nice assembly and not bad schematics (though too complex IMO) but elements could certainly be better. Therefore, I am very happy that you are going to make something in that direction.
Best wishes, Vitalis
(Just finished the 120mm monoblocks (used on LF) after listening to 80mm ones (now on MF) for about a year now, LT)
(Btw: we use OPA2134 and brothers for a reason, LT) 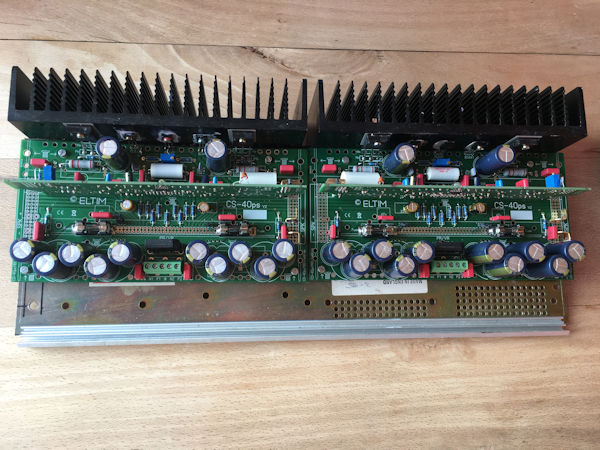 March 30th, 2019:
This time i like to share something I myself (Louis Timmers, ELTIM) experienced in an evening of enjoying music as you do:
Finally, yesterday I (from ELTIM audio BV, 2001, NL) had some time to visit one of our many customers MC Systems (since 1983) in Groningen (NL), where Rob Meyst developes and manufactures amazing sounding speakers with at the same time fabulous and unusual made enclosures.
Rob has a double life and at daytime he is a dentist. In the many other hours he is the brain behind MC-Systems with patents on his name, used in most of his speakers.
So, the visit had to be in the evening and we agreed also to listen briefly to our ELTIM demo amplifier in order to show and demonstrate what we do today amongst the distribution of all the nice audio parts on  www.eltim.eu.  Rob, as precise as he is, studied our amp most detailed and wondered if this really could beat his very nice equipment. It ended up in two hours of breathless listening to the combination of our about most basic amplifier we can make and Rob's latest achievement, the MP 3.1 floor standing 2-way speaker.
First we listened about 15 minutes to the setup Rob mostly uses, sounding very nice indeed, yet to me a bit "pointy" as we hear about all over unfortunatelly. Then followed about two breathles and really speachles hours for both of us with our amp connected. Magazines are full of superlatives about quality of speakers and equipment. Rob however made a statement in one of the few sentences he spoke: "I believed Bruce Springsteen can't really sing, but he can obviously". Actually, I also didn't hear him sing like that before. Amazing. We listened to all kinds of music from golden oldies via Latin salsa up to real heavy stuff. The speakers as well as (again: most basic) amplifier did it all, leaving us behind at 22.15 in a most relaxed mood, as it always should be while listening to music.
Nice, and at least for me it was exciting as well to listen to this combination in the very heart where all MC speakers are born. We made some video's and put one of them them on YouTube, an instrumental melody. Others are refused by YouTube.
Since it's recorded with a Nokia 8 smartphone and you listen/watch the video with other equipment yourself, of course you can't reproduce at home what we experienced, but you can have an idea though and compare it with other similar video's.
Our first similar relaxed sounding preamplifier modules are already sold and now we are drawing cabinets for them. Soon there will be ELTIM bespoke built preamps as well. More soon.
It will be no surprise that for coming week our demo amp is not available -)  Yet, you can reserve it at  info@eltim.eu  and listen to/with it in your own environment with your own music and setup.
MC speakers: www.mc-systems.com           ELTIM bespoke amplifiers: www.eltimaudio.com
Jan. 10th 2017:
The last time we had contact was on the 4th of june 2016 and was about your A2300HRQ, which i then bought in ready built modules. A few months ago, i added a pair of nice Cine-Mag input transformers. The galvanic separated, balanced inputs they brought, gave the amplifier an even nicer soundstage. With this addition my amplifier is tuned to the max and also burned in now. In fact, i'm enjoying a remarkable fast, powerfull, neutral, transparent and spatial reproduction every day again. Its a huge pleasure listening to any kind of music. Couldn't believe at first that a class AB amplifier with this low idle current (30mA, LT) was able to present this fantastic image…     I don't need to border about the amplifier and in fact it works invisible, which at the same time is the best compliment an amplifier can get.
Bert H.
-----------------------------------------------------------------------------------------------------------------------------------
Sept. 16th, 2015:
We compared your amp with others over and over and are still enthousiastic! THIS AMPLIFIER HAS TO BE IN OUR SYSTEM !
S.M. Germany
-----------------------------------------------------------------------------------------------------------------------------------
Sept 9th 2015:
You didn't promise to much! The ELTIM demo amp (A2300HRQ) sounds outstanding and fits nicely in our setup!. We are enthousiastic !
S.M.   Germany 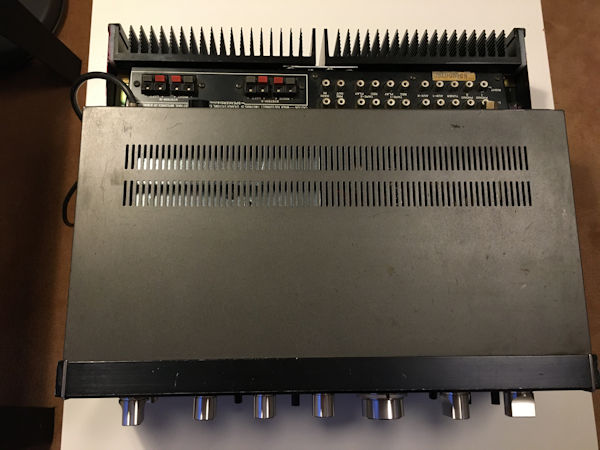 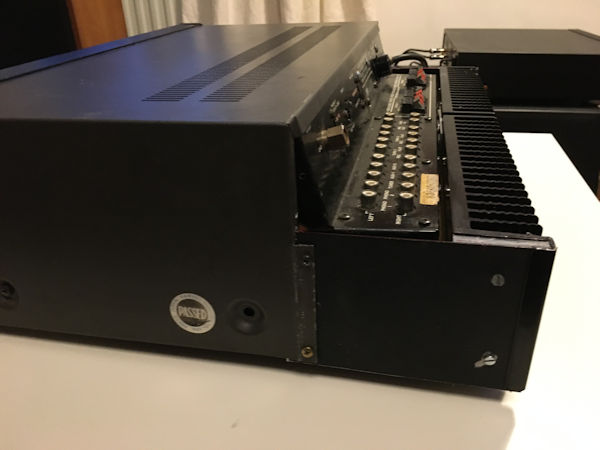